Here are some pictures of my students' cardboard chairs. They are in various stages of completion and of success. We only had time to finish prototypes, so I don't really know how people actually had time to THEN go make the final version. Maybe they had more students on each team. Maybe they could dedicate more time during the school day to the project. Maybe they were just faster than us. Anyway. Most of them supported weight (as long as you didn't move around too much). They presented their chairs on the day of their finals, and we had interesting discussions as to what worked and what didn't work and WHY and what could be tested to improve the chairs.

I liked this last section. Instead of letting them choose a 0% - 100% grading scale, I worded it as follows. I think it then was clear for the students to decided on their grade: 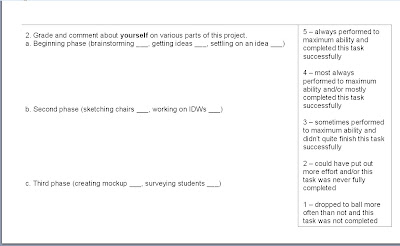 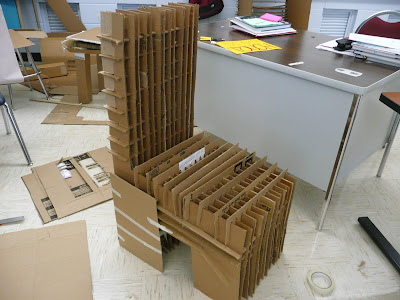 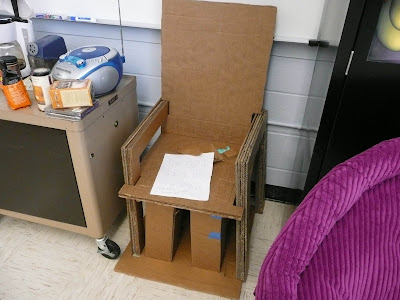 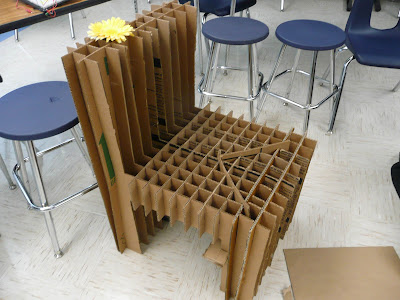 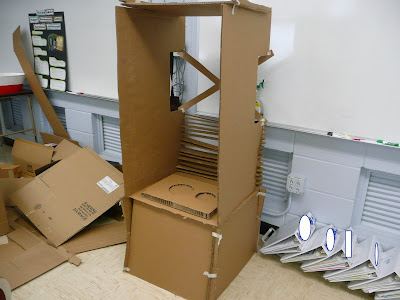 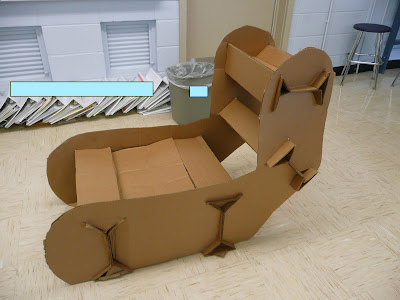 Posted by Shireen Dadmehr at 9:01 AM