The more this year goes on, the more I wonder about what I don't know about students' misunderstandings. My geometry students were practicing today for our Geometry EOC test. I found some great resources online from Texas and North Carolina (whose problems I liked better). One problem gave the coordinates of the 3 vertices of a triangle and asked for the equation of the line that's the perpendicular bisector of one triangle side. 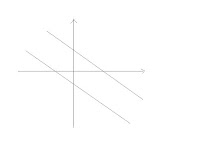 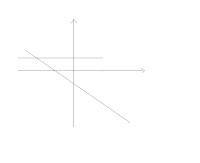 Slight alarm bells go off. I ask, "what's true about perpendicular lines?". She quickly states that they form 90 degree angles. So then I thought the x and y axes were throwing her off. So I made her draw a tilted line without the axes and put the perpendicular line on it somewhere. I got this: 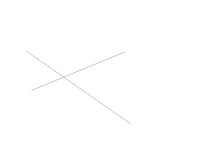 Then I thought, well what if we start over and the 2nd line is her pencil that she can just move around to get perpendicular. I got this: 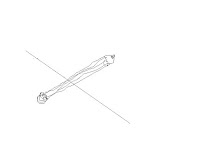 Then we had a LONG discussion (note that there are 23 other people in class practicing and thankfully none was too needy or off task) ... also note that the quiet girl next to this student was surreptitiously eavesdropping like she needed this information, too ... which made me nervous because I started thinking how many OTHER quiet strugglers are there out there? ... Anyway, I got it down to that IF the perpendicular lines form 90 degree angles (which she got), and the angles were supplementary (which she got), then the 2 angles should LOOK congruent. So next I got this: 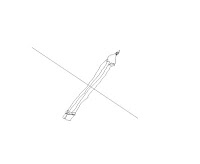 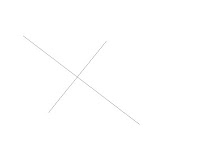 So what's the point of this story? I guess I always have in the back of my mind that if the student is not understanding something, they'll ask for help. But what if what they are not understanding is such a basic concept that it does not even come up in the scope of the course other than something that's used as a tool for the course (i.e. how do perpendicular lines look like when you draw them? what makes a shadow and how do shadows work) that the kid doesn't think or know to ask. And what if there's so much information and so many students to teach that you're going to miss these critical gaps. ... I won't always have the luxury of spending 5-8 minutes with one student and multiply that by the number of students.

Maybe I need some EXTRA problems on homework or class practice that can be a diagnosis of basics for each concept, and then I have to go over them very carefully to probe kids that may be missing elementary things that are holding them back and remediate further.

Posted by Shireen Dadmehr at 9:13 PM