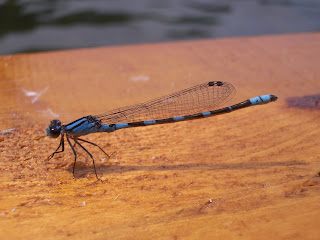 We started trigonometry at the end of last week, and I know from past experience that my fraction-phobic students have trouble with placing pi/3, pi/4, pi/6, etc. angles in standard positon, so I tried something new this year.

I drew a semicircle (flat-side down) and made up some story that involved having and "em(pi)nada" for lunch and said it was so delicious that other teachers wanted to share it with me. I had them draw 4 em(pi)nadas and draw how they'd slice them in pie cutting fashion into 2, 3, 4, 6 equal parts to share and eventually they shaded the 1st piece (thinking of angles in standard position). They had no trouble slicing them equally, and I think it helped later on when I linked pi radians to 180 degrees, and they then drew pi/3, etc angles around the circle.

Then I introduced radians by first saying that for so-and-so's birthday I gave her a circle, and her mom gave her a string, and so-and-so was SO bored that she decided to do math by cutting the string the length of the radius, and she wanted to see how many times it would go around the circle. They were then to discuss how many times they thought it would fit. I got various responses, 3, 4, 6, 10... We finally got to the fact that you're just measuring the circumference. They then proceeded to equally tell me the formula for circumference was pi*r*r and also 2*pi*r. So then I had to sing them a song a student taught me, and then we all sang it together a few times:

Lovely (it brings a tear to the eye). We then defined radians.

Anyway, after I used my math tools (thin spaghetti to sweep out angles on the overhead), and we practiced placing various radian angles in standard position, we called it a day.

An interesting side note: another teacher friend mentioned a while ago how he linked the clock with the unit circle and that seemed to help his kids place 30, 60, 45 degrees more successfully around the circle. Well, I also brought that up, and in a side note, one student mentioned, "you know, I have a hard time reading analog clocks. I never learned, and now it takes me a while to process it."
Posted by Shireen Dadmehr at 4:27 PM